Millions of people are saddled with tens of thousands in student loan debt, unable to pay it off. Commercial Property Advisors Protege, Jeremy, was in that same position. But as you will see, on his first commercial wholesale deal, he earned enough money to payoff his entire student loan debt. You're about to discover exactly how Jeremy did it and how you can too. Commercial real estate wholesaling is a powerful technique for generating large amounts of cash in a relatively short period of time.

I want to bring to your attention a national crisis. There are 44 million student loan borrowers in the US today and one out of four are either in default or can't make their payments. The average college graduate will owe more than $39,000 by the time they graduate, and they will spend the next 22 years paying off their student loans. This is a huge problem, for you, for your children, and for any of your loved ones with student loan debt.

When they graduate, the reality of life hits students very hard. It's no wonder the millennial generation can't buy homes and they put off getting married or having kids because of their student loan debt. What about taking a job because you love it? You can't do that, and you can't file bankruptcy either. What do you do?

How to Pay Off Your Student Loans

I have a tried and true way of getting rid of all your student loan debt. It's called, pay it off. That's the only way you will be free of it. We have a student Jeremy, who did just that. He was ten years in on paying down his student loan debt and he still had more to pay. Within three months of working with us at Commercial Real Estate Investing, he wrote a check and paid it off. Just like that.

Jeremy was in active duty serving in the Air Force for five years and then served two years in the Army Reserve. During that time, he finished an Associates Degree at Community College, then later completed a bachelor’s degree in Computer Operations Technology and a master’s in Cyber Security. After working hard to achieve his goals and landing a well-paying job, he realized he wasn’t satisfied. He wanted to build wealth and pay off his student loans.

How Jeremy Paid Off His Student Loans In 3 Months

Jeremy wanted to get involved in real estate and began researching online for someone to train him to invest in commercial real estate. He discovered our YouTube Channel and ultimately joined our Protégé Program for hands on training and mentoring.

In the first month, Jeremy began four weeks of foundational training. This involves learning the basics of commercial real estate, teaches you how you do evaluations and how to talk to sellers. During week four and five, we teach you how to market commercial real estate. Jeremy  focused on learning about wholesaling commercial real estate because he could get the deal done without having a lot of money. He learned through our program that the way to market and find a good deal was by sending letters. He began his mailing campaign, sending out 800 letters which generated a few leads, connecting him with some motivated sellers. Through negotiations he was able to get the price of the property down, get the property under contract, and found a buyer using our marketing techniques.

The Importance of Lead Generation

Jeremy discovered that lead generation, or finding motivated sellers, is crucial but it is also one of the most difficult aspects of wholesaling commercial real estate. Finding a good deal requires a lot of marketing. You may receive a lot of responses from people, however, they aren't always in a position of needing to sell. Sometimes they just want to hear what your offer is or want you to make them an outrageous offer. You need to find someone that is looking to sell and has a reason to sell.

Jeremy Closes the Deal and Pays Off His Student Loan

With no experience in commercial real estate and very little money, Jeremy’s deal was done two months after finishing his training. Jeremy learned everything he needed to know within that time frame, and he his results showed it. He had been gradually paying down his student loans for ten years and he still had $20,000 remaining. It was a long-term goal of his to pay off his loans, but he needed to find another source of income. Within three months of joining the Protégé Program and closing his first wholesaling deal, he was able to pay off his student loan debt completely. As Jeremy puts it, “It was just a great feeling to be free off it”.

Jeremy plans to do more wholesaling deals in the future to build up enough capital to get his own commercial real estate property and eventually replace his nine to five income. Ultimately, his goal is to build wealth and be financially independent.

Jeremy used this technique to generate the income he needed to pay off his student loans in three months. Commercial wholesaling is a powerful technique for generating large amounts of cash in a relatively short period of time. A lot of our students use this same technique to build up their savings so they can invest in their own commercial property. 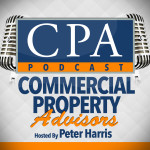